A downloadable game for Windows and macOS

"Adopt a Corgi! - Anime Edition Demo" is a short visual-novel styled game made with the Renpy Engine. All character art belongs to Katterbox. Backgrounds, music and sounds are not owned by Katterbox, the individual licenses can be found via links within the game's 'about' page or in the README document provided with the game.

This is a work of fiction. Names, characters, places and incidents either are products of the author’s imagination or are used fictitiously.
Any resemblance to actual events or locales, persons or corgis, living or dead, is entirely coincidental.

The was made for the June 2017 "Corgi Jam" game jam. Below the summary is a list of things to be expected with a full game release.

The object of the game is to (as you may guess) adopt a corgi! The game features six corgis with different 'stereotypical' personalities from animes.

Meet the optimistic Dere, the abrasive Tsun, the weeaboo Hine, the royal Hime, the unbiased Kuu and last but certainly not least, the "loving" Yan. For those of you who know your anime stereotypes, you may already guess what they are like. ;3 For those of you who don't, jump on in and find out.

The simplistic stylings of the game feature mainly 'visual novel' type gameplay in which the player interacts with dialogue choices. The player can choose which dog they wish to adopt but their favorite dog may not choose the player! Your choices may matter so choose what you say carefully!

The game is a demo since it was made for the game jam. If enough people like the game and want a full version with all 7 days, comment below and let me know. However, keep in mind that I will most likely want to charge $5 for a full game considering the time, effort and assets I would pour into it.

Full game features may include:

I have a PC and did not have the means to test the mac version. If there is an issue, I may or may not be able to resolve it. This is technically my first game ever so if there is anything I can do better, let me know in the comments!

Just install the version you need (pc or mac).

i love this game! Hine's love for anime is so cute! I have adopted every dog except for Kuu! I really want her but i can't figure out what could trigger the signal for adoption! please help!

Also, I think that Yan's slightly unsettling touch to her could turn out for something really great! thanks!

FULL GAME PLEASE!!! i know this is pushing it, but a few mini games someday would be nice :)

Please update to Android and iOS

it is iOS, Do you have a laptop?

i cant get on this game on my Chrome book >:(

And I cant get it on Android

Heyo! This game is so cute!

why do i do there?

I love it! It's so cute and so much fun, I forgot it was a demo it was so good, can't wait for the full game!

Ahhh, I loved this so much!! Tbh I was actually so engrossed that I forgot it was a demo, and I actually found myself a little sad when I remembered, haha. 10/10 I absolutely adore this with all of my heart uvu

I'm happy you enjoyed it! <3 Thanks for taking the time and letting me know how you felt!

I really like this game, it would be amazing if you made a full version! The characters are so dynamic, even though they're just anime tropes, and I've gotten all the endings except Kuu. I did find a bug in Yan's end though, where it has a line from Hime's end, that I just thought I should point out to you.

Thanks for finding that! And I appreciate the kind words~!  I may pick it back up in the future. :3 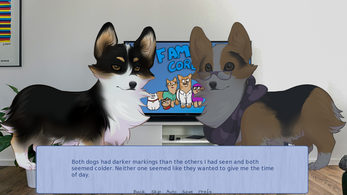 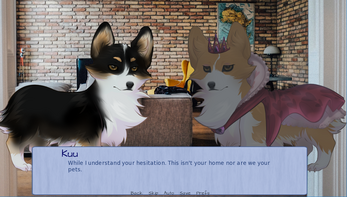 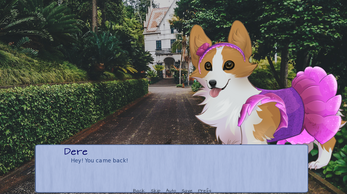